“Ireland is unique in religious history for being the only land into which Christianity was introduced without bloodshed. There are no Irish martyrs… And this lack of martyrdom troubled the Irish, to whom a glorious death by violence presented such an exciting finale.. If all Ireland had received Christianity without a fight, the Irish would just have to think up some new form of martyrdom…The Irish of the late fifth and early sixth centuries soon found a solution, which they called the Green Martyrdom, opposing it to the conventional Red Martyrdom by blood. The Green Martyrs were those who, leaving behind the comforts and pleasures of ordinary human society, retreated to the woods, or to a mountaintop, or to a lonely island… there to study the scriptures and commune with God.” (Cahill)

I think I will become a Green Martyr and retreat to my lofty green studio . . .

Progress continues on the attic expansion of the Ninth Wave Studio. I should be all moved in and functioning in the new space by December. This will allow the large front room on the second floor to become strictly a gallery space. Although I am open to renting it out as studio space to another artist. 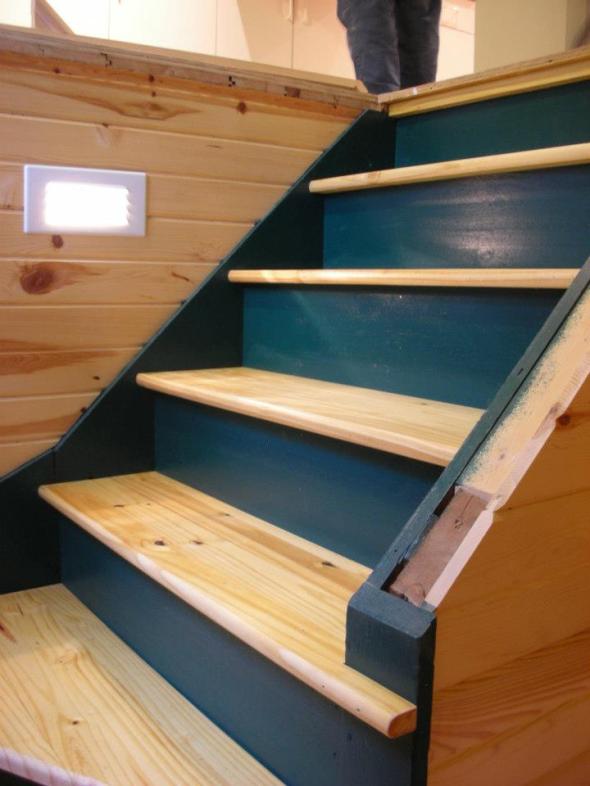 Looking in from the kitchen area 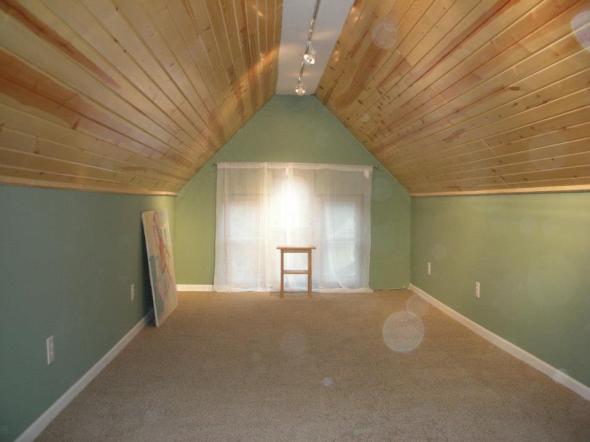 Looking toward the back 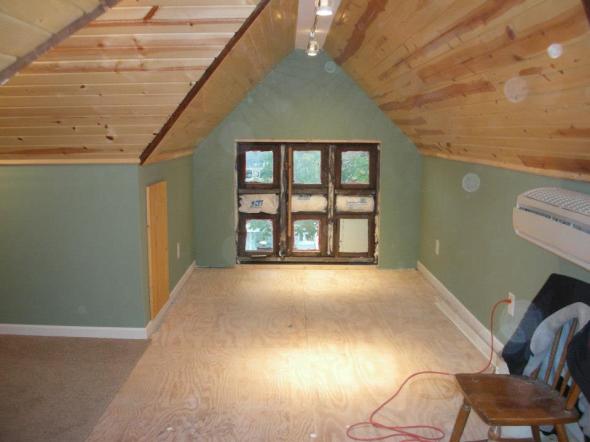 The exposed brick of the chimney

I have been experimenting with traditional media to explore ways in which to achieve the textured look I have been able to produce in some of my digital artwork.

Dividing of Sea and Sky

Tree In The Garden

These pieces were created with oil pastels on paper with a dusting of chalk pastels. The paper is a rag watercolor paper, with watercolor applied with a sponge using only a cool color palette. After the watercolor dries I start adding the oil pastel over it to achieve a “broken color” look. Below is further progress on the “Tree In The Garden” piece now with digital media.

The script is my own writing using a calligraphic pen with ink on paper. I scanned both the traditional media composition of the “Tree In The Garden” and the script and then combined them in photoshop with a background texture created from the leafy area of the tree.

Tree In The Garden (Digital)

I have been also working on several drawings that I plan to eventually scan and experiment with in Photoshop. You can see two of them below still in the drawing process. Just click on the image to enlarge them.

When looking at my drawings, people often comment about how detailed they are and find it mind-boggling that I would be willing to spend that much of my time on a drawing. During this last week as I worked on these two pieces these comments were running through my mind, I thought that “maybe this is my way of making some kind of a statement about the immediate gratification mentality of the current commercial culture I see my students trapped within”. Whatever the reason –I throughly enjoy it and find that I fall into a state of meditation while drawing. I’m not any more detailed that Albrecht Dürer or Gustave Doré, by the way –and I have the advantage of the electric light.